Happy New Year! 2019 has got off to a flying start, not just with the British Eventing winter series but also with the Annual British Breeders’ Awards Dinner, which was compered by Harry Meade.

The evening saw a number of British breeders collecting awards for their youngstock, broodmares and stallions. It was a fantastic evening and suitably rounded off the 2018 Futurity evaluations. 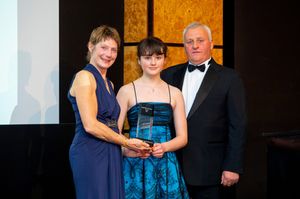 Pictured below are the winners of the Baileys Horse Feeds sponsored Futurity Age Awards. Aileen Stormonth’s Esme X was the Highest Scoring entrant throughout the whole series, being awarded 9.525, taking the Foal Award. by Goodyear VDL and out of a Belgian bred mare, Esme X has a promising career as a show jumper ahead of her.

Last year’s Champion Foal, Hammerwood Flamingo, by Welsh Section B stallion, Lemonshill Falcon, and out of a mare by the late Hanoverian sire, Rhondeo, was the highest awarded yearling, owned by Pippa Drew. 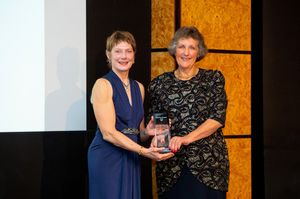 The Barrowby Stud three-year-old pure bred Connemara, Barrowby Lord Darcy, won the Three-Year-Old Award, whilst also coming a close second in the Sport Pony Discipline. He is by Drummore Sea Breeze out of a mare who has offspring on European Pony teams. 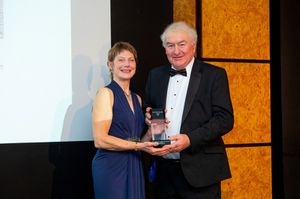