Three of the 21 Horseware prizes to be won inside (the new) sacks of No.14 Lo-Cal Balancer, as part of its 21st birthday celebrations, have been claimed, leaving a further 18 prizes remaining. 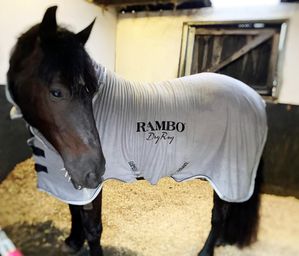 The first prize, a Rambo Dry Rug, was won by Jessica and Sammy. Jess has owned Sammy, an 11-year-old Welsh Cob, for nearly 5 years and he’s been on Lo-Cal Balancer for the past three years! They enjoy doing a bit of everything together and have recently started competing in British Dressage – Sammy also looks rather good and has a lot of use for the Dry Rug.

A few weeks later and the second prize, a Dulux Fleece Rug, has been won by Vicki and her 7-year-old Connemara gelding, Riversdale Mate (Wizard). Vicki has owned Wizard for 3 years after buying him as a just backed 4-year-old. She was recommended Lo-Cal Balancer as Wizard needed nutrients without the worry of weight gain. He's been fed on it ever since and it has really helped improve his condition all round, particularly his brittle feet. They are now out competing at affiliated dressage and have recently taken part in the Pet Plan Area Festivals! 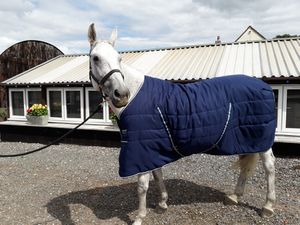 The third prize, a stable rug, was claimed by Julie and Tori. Julie has owned Tori for 10 years and has been fed on Lo-Cal Balancer for four years. They changed to it because it was a struggle to keep her weight down (she is very greedy). The pair compete mainly in dressage at Medium level.

To find out how to enter and which of the 21 prizes remain, please click here.