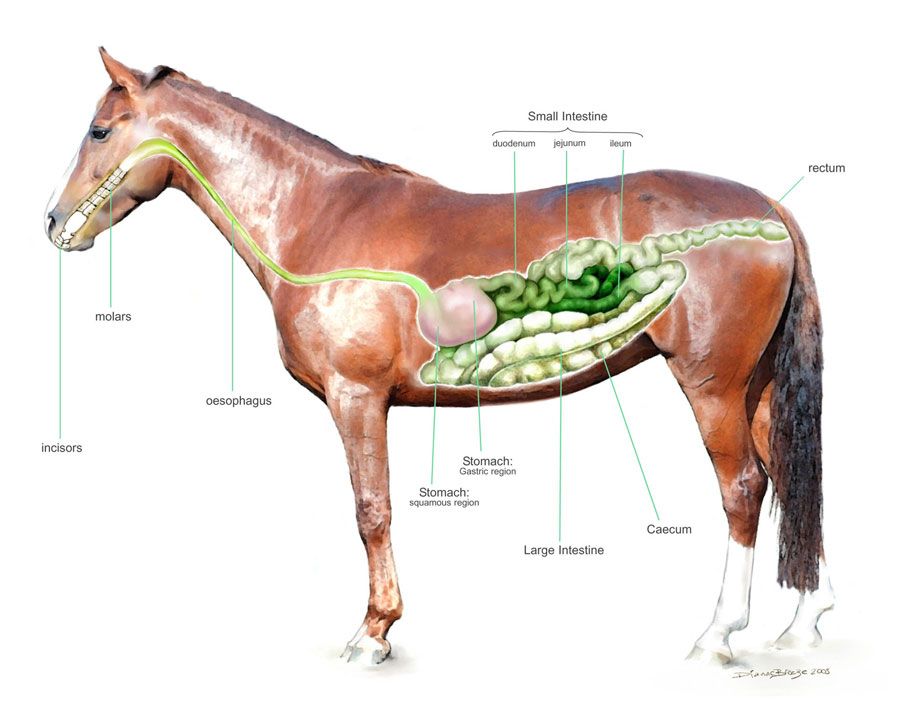 The horse has evolved as a "trickle feeder" designed to spend the majority of his time grazing. An understanding of the anatomy and function of the digestive system sheds light on how best to ensure it functions efficiently even when the horse is no longer predominantly kept in his most natural state.